As an established Korean International voice-over agency, Matinée Multilingual has been providing a professional Korean Voice-Over Service and Korean Subtitling Service for over 25 years. We offer a selection of the very best Korean voice-over talent, at a price you can afford.

Whether for documentary, advertising, eLearning, or IVR, we’ll help you select the best Korean voice-over talent for the job. We can record wild or sync to picture, and deliver the audio back in the file format of your choice, same day, via FTP. We can also lay-back the audio onto your video, and re-work the captions where necessary. 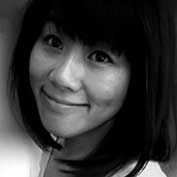 Jude
Jude is a native Korean voice artist, born and raised in Seoul. Whilst studying Chinese literature and interpretation she also worked as an announcer & DJ for the university radio station. Read more... 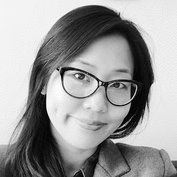 Mijoo
Mijoo is a female Korean voice over artist native to Seoul. She has a neutral Korean accent. Her natural voice is clear, calm and sincere but she can also be upbeat & cheerful if required. Read more... 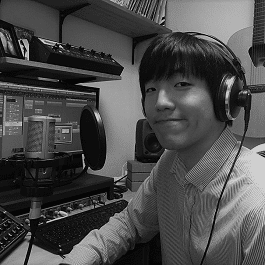 MinJae
MinJae is an experienced producer, voice talent and voice director for games and commercials. He is a native from Korea and speaks with a Seoul dialect. Read more... 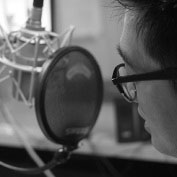 Henry
Henry is a native Korean and Professional Voice Over with over 10 years’ experience. He has a natural warm tone and has used his voice for online games such as, The Walking Dead, Black Desert, Archeage. Read more...

Microsoft’s Windows Live Messenger went through a number of changes in the years leading up to its retirement in 2013 to make way for Skype.

Back In 2011 we worked closely with Microsoft’s translation agency to produce a localised explainer video, ready for the launch of Windows Live Messenger 2011. The video was fully localised for 55 markets, and this case-study showcases the Korean version we produced for the South Korean market.

Microsoft wanted a friendly, bright and clear female voice and we cast Jude who is now one of our preferred Korean voice talents. The localised animation does an effective job of communicating the features of Live Messenger 2011 without boring viewers and we went on to produce many more projects for them.

A short history of the Korean language Little is known about the early origins of the Korean language, although it is commonly assigned to the Altaic language family of central Asia, which includes Turkish and Mongolian.

Korean shares many linguistic features with Japanese, another language commonly – though by no means definitively – said to be part of the Altaic family. It was also influenced by Chinese (with many Chinese characters incorporated into the written language), although this belongs to a separate language family.

Han’gul, the Korean writing system used today, was devised during the reign of King Sejong (1397-1450). Its purpose was to overcome the restrictions of using Chinese to express the Korean language, by providing the Korean people with their own accessible, phonetic script.

There were, and still are, a number of regional dialects in Korea. After the capital was moved to Kaesong in the 10th century, the Kaesong dialect became the national standard. Although there are minor differences in the dialects spoken in North Korea and South Korea, both countries essentially adhere to the standards set out by the Korean Language Society in 1933. Read more

Which countries have Korean as a national language?

How many people speak Korean as their first language?

It is estimated that over 75 million people speak Korean as their first language, including 48 million in South Korea, 24 million in North Korea, two million in China, one million in the United States and 500,000 in Japan and Russia.

There are other significant Korean-speaking communities in Singapore, Thailand, Guam and Paraguay.

South Korea’s market economy is the 15th largest in the world by nominal GDP. It is one of the G-20 major economies, and in 2010 Korea was the seventh largest exporter and 10th largest importer in the world.

South Korea is one of the Four Asian Tigers – countries with high-growth economies – together with Hong Kong, Singapore and Taiwan. It is a member of the Organisation for Economic Cooperation and Development.

North Korea remains largely isolated from the world, which makes its economy difficult to assess. It is one of the poorest and least developed countries in the world.

“We’ve used Matinée for several projects, from video editing to translations of marketing materials, and they’re always a great pleasure to work with. Any requests are answered right away. We’ve had tight deadlines, but we’ve never worried as the team at Matinée delivers great work, right on time.… END_OF_DOCUMENT_TOKEN_TO_BE_REPLACED

The quality has been excellent. The communication has been superb. It’s been a pleasure. And I say this from someone who suffered insanely poor experience of customer service and quality of product from a previous supplier. So thanks very much to you and your team for making it go so smoothly, I… END_OF_DOCUMENT_TOKEN_TO_BE_REPLACED

The speed of response, friendly, and efficient service from all staff was quite exceptional. Matinee particularly stands out by putting the customer’s needs first, even when the job is relatively small and a bit of a technical challenge. I would strongly recommend Matinee for any subtitling work. … END_OF_DOCUMENT_TOKEN_TO_BE_REPLACED