Whether for documentary, advertising, eLearning, or IVR, we’ll help you select the best Chinese Cantonese voice-over talent for the job. We can record wild or sync to picture, and deliver the audio back in the file format of your choice, same day, via FTP. We can also lay-back the audio onto your video, and re-work the captions where necessary. 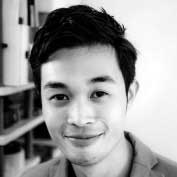 Calvin
Calvin is an experienced radio presenter in the leading public broadcaster in Hong Kong and hosts a two-hour music show on Sunday evenings.  Read more... 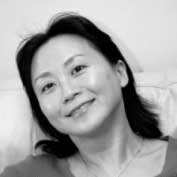 Maisy
Maisy currently lives in the UK and has been a voice-over artist since 2001. She is versatile and has a great command of styles which makes her suitable for a variety of work.  Read more... 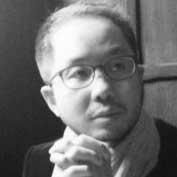 Ping
Ping is a professional Chinese-Cantonese voice artist and has also worked as journalist and editor for ten years, including seven years at the BBC in London.  Ping is also fluent in Mandarin & English.  Read more... 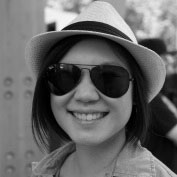 Ada
Ada has worked in marketing for a local Chinese radio station and has recorded numerous radio advertising for different clients during those 4 years. Read more...

The Google Science Fair is a competition open to student’s aged 13 to 18 and attracts entries from all over the world. It is designed to encourage students to consider how they could improve the world around them by using their science or engineering skills.

In 2012 we were asked to localise the competition’s promo video into a number of languages. including Chinese Cantonese. We provided the client with a number of casting suggestions, and Maisy was selected for the role.  We recorded her in our Reading studio, time-sync to the English video.

It’s a neat animation, and Maisy does an excellent job which helps maintain the interest of the audience.

A short history of the Chinese Cantonese language Cantonese is the language of those people living in the southeast of China. In places such as Hong Kong, Macau, Guandong, Guagxi and Hainan. It is also spoken by Cantonese who have emigrated to live in places like Vietnam, Malaysia and Thailand.

Cantonese is the language that is used for politics, business and media in these places. Written Cantonese appeared in the 17th century and there are two ways of reading it; formally and colloquially. The formal version is very similar to standard Chinese, or Mandarin.

Taishanese is a dialect which is very close to Cantonese and it is spoken by many of the Chinese who emigrated to North America in the late 19th century. The differences between Cantonese and the dialect Taishanese is mainly in the pronunciation. Cantonese is not generally taught in schools, for example children in Hong Kong are taught in Mandarin, or Putonghua as it is called.

People who can write in Chinese, can normally learn to write in Japanese more easily. This is because many of the characters have the same meaning.

Dragonfly were producing an animation explainer video about “The Pathway to Self-Directed Support” for their client MECOPP.   MECOPP requested a Cantonese voice-over translation and as a leading multi-lingual voice-over agency, Dragonfly put their trust in our service.  We time-coded the English audio and then translated the voice-over script to Cantonese ensuring the translated voice-over matched the animation.  Finally we recorded time-sync to picture with one native Cantonese voice artist and delivered the audio as a wav file ready for Dragonfly to edit and encode the final video.